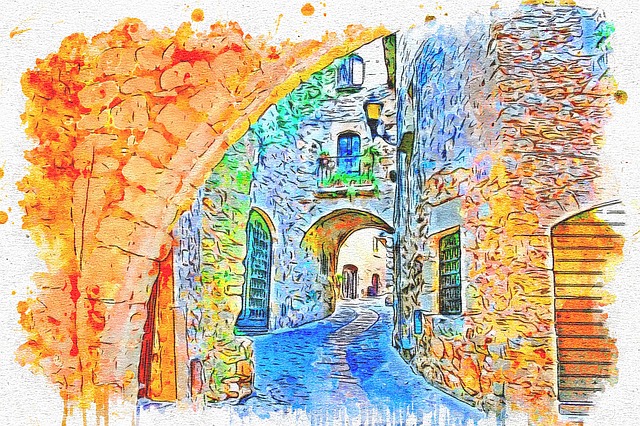 All of this started with the Arcane Mark spell, or rather the idea of magical graffiti, as well as the question how my low-level, very chaotic party would get access to magic in a fantasy city setting where arcane magic was mostly forbidden. The answer was arcane street art – street magic.

When most people think of the seedier parts of a fantasy metropolis, they think of sneak-attacking scoundrels, a bunch of thugs, maybe an arcane trickster or a bard, but rarely of sorcerers and wizards. The high and mighty arcane arts somehow rarely mix with the common folk on the lower echelons of society. Even in worlds where magical traps are commonplace, the cities‘ underbelly swarm with monsters and cunning street urchins are quite likely to join an adventuring party later in their lives, wizardry and sorcery still seem to be upper class prerogatives without much of a good reason. The bad reason/justification usually is that magic takes years to master, which always implies apprenticeship in a wizard‘s tower or a school of witchcraft and wizardry. Even Caleb Widogast from Critical Role, one of the most messed up wizards in TTRPG history, went to school.

But since my city required a lengthy bureaucratic process to get licensed as a magic user and many forms of magic were outright illegal, there were only one licensed wizard and two magic item shops. There also were two warring street gangs with magical talent in their ranks, quite a few small shops in back alleys who sold „herbal“ remedies and a flourishing black market controlled by the thieves‘ guild – as often happens when access to high-in-demand goods is restricted. And from that followed another kind of magic for high magic, low fantasy settings – street magic – as well as some archetypes you could use at your table.

The Gang or Street Mage

„Around the corner of the derelict building you see a flaming red rune surrounded by scorch marks – the sign of the Flamewasps. Outsiders had better tread carefully here!“ This could be one of the ways to use magical graffiti and a street gang in an adventure. Mine had a charismatic young leader with an inborn talent for fire magic. Fire is a rather persuasive argument when politely asking the business owners for some money to help the family. It‘s far from being the only option though.
Some magic words can turn any offer into an offer one cannot refuse, explosive letters or graffiti (any illusion, really) are excellent for intimidation too, magical enhancements for the muscle… And don‘t get me started on the possibilities of necromancy for organized crime!

But how does a common street urchin get access to magic? Well, illegally, of course. Stolen scrolls and spellbooks, either pickpocketed or bought from the black market, might be a good place to start learning, conning a wizard‘s apprentice from the posh parts of town might be another option, and then there are the older gang members who teach that cool trick, in return for just a small favor at some point in the future. Then there‘s innate talent, which shows up in the weirdest places anyway, that creature deep in the sewers that eats most of the people who are stupid enough to go down there, but grants a strange kind of magic to others, and Rick over there got his powers when he tried to find out what a wand did, but it exploded in his face. Made him go a bit funny in the head too, but he wasn‘t entirely there to begin with.

Most archetypal criminals can be wizards or sorcerers, if you want them to be, you could even make an entire thieves‘ guild out of arcane casters… but most importantly, adding street magic to your world gives you an entire array of unusual characters to create a living world from. Try it!

This archetype is not exactly a classic criminal, but rather a mix of guild wizards, as they sometimes turn up in the more notorious thieves‘ guilds of the multiverse, and the key maker from Matrix: Reloaded: a low- to mid-level specialist in breaking and entering, finding and disarming magical traps and bypassing defensive magic. I tend to make them a bit older, more of a master craftsperson type of character, who will use their manual skills first, but has an arsenal of spells at their disposal.

The most important ones would be the ones which open or create doors of course, like knock or passwall, closely followed by some divination spells or a familiar to case the joint and get an idea of possible obstacles. Staying out of sight by becoming invisible, access to extradimensional spaces and teleport might come in handy too. And when a job goes sideways, magically sending for back up, accelerating yourself or a well-timed fireball might just make the difference between being caught and becoming rich.
A cat burglar, a gentlemanly master thief or a less subtle, more destructive mage could work well in this kind of specialist role too, but I prefer my door openers to be grumpy nerds who look like they just got up and just want to be done with whatever they get paid for.

Wizards are usually among the smarter denizens of fantasy worlds, many of them tend to be a bit paranoid, not too few tend to end up with a rather flexible moral code, while their power and ambition grow. One making a name for themselves in the city‘s shady underbelly is not unlikely and you‘d end up with a force to reckon with: A criminal mastermind who is prepared for almost anything, pulling off heists no one else would even consider, misleading authorities at every corner and virtually unbeatable at their game of multidimensional wizard chess.

Illusions and mind control are their bread and butter, closely followed by divination and magic that will protect them from the former. They keep their opponents guessing who‘s really pulling the strings, lure them into traps by making them think they know, use that to their advantage as long as they can, then sacrifice their pawns. A Magical Mastermind always has several plans to achieve what they want, the best move is the one that achieves more than one goal and there‘s always a failsafe, more often several. They don‘t just cast fireball to harm someone, they also burn the evidence and cut the rope that holds up the chandelier, creating enough smoke and dust to escape. They are the rare mage who has enough subtlety to wield different kinds of power, who knows that it‘s not just about magical might, but how you use it and for whom their intelligence is more than a spellcasting modifier – all of which makes them way more dangerous.

The Magical Mastermind can be one hell of a villain and they can carry a whole campaign. They also can‘t be beaten by brute force alone, which usually makes them more interesting. But while using them in a campaign and beating them can be very enjoyable for DMs and players alike, they also need a warning: A villain who escapes all the time and always has a plan B to turn a loss into a win can seem unbeatable, which gets frustrating rather quickly and can suck the fun out of a campaign. The same goes for their convoluted schemes – when they get too complicated, they get boring. So, use them with caution, maybe make sure your players would like a villain they have to outsmart and keep an eye on the player engagement. But, most of all, have fun with them!

That‘s it for the first few street mages, three more are going to follow – and possibly a homebrew 5e wizard school. Let me know what you think about these ideas! Would you use street magic in a campaign? Would you alter it to fit your setting? What would you change? 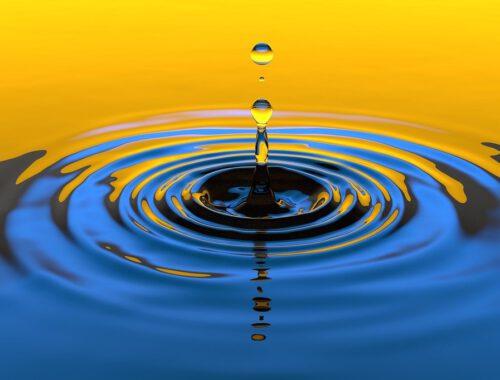