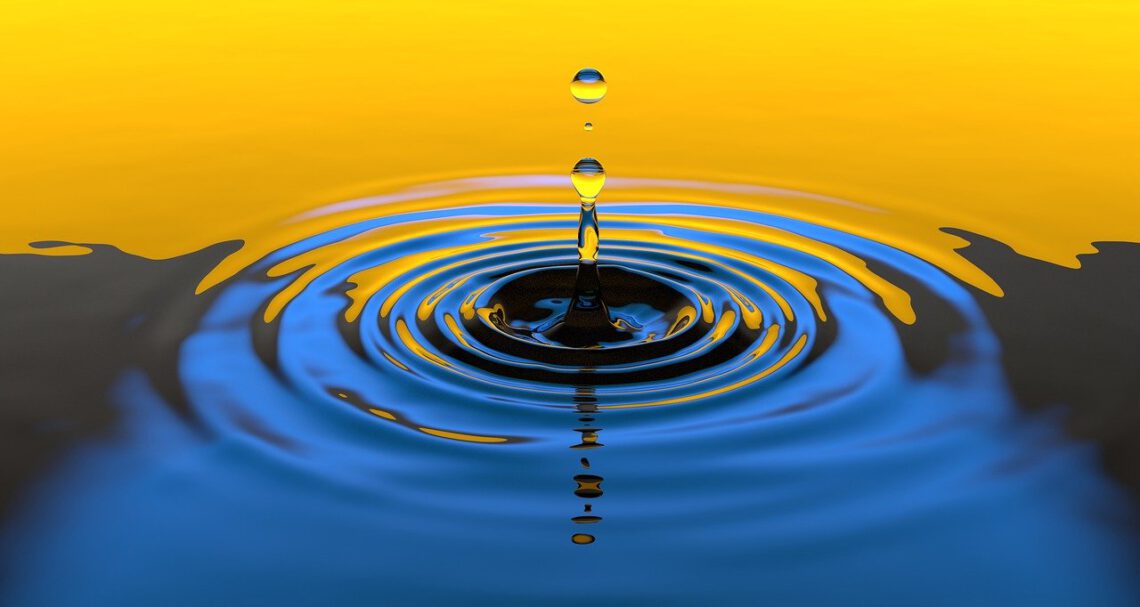 „Wish is the mightiest spell a mortal creature can cast. By simply speaking aloud, you can alter the very foundations of reality. […] You might suffer some unforeseen consequence.“

Some time ago, I had a conversation about the wish spell on twitter – its value as part of the narrative and how it’s a nice knife to hand to a low level party, mostly – and noticed something: For a reality-altering spell, it is pretty tame. Hell, magic in general, with the glorious exception of wild magic sorcery, is rather predictable for a power, that regularly bends the laws of nature. I find this rather boring, personally.

That’s why I made this list with a hundred unforeseen consequences of pulling a little too hard on the strings that make up the fabric of reality, either with a wish spell or some other disturbingly powerful magic. Maybe someone wants to enhance their meteor swarm a little, stop time for a little longer or resurrect someone without a diamond, and is willing to pay a price… I would certainly let them!
These consequences range from apocalyptic and campaign-ending to just plain weird, and from local to world-spanning, but are always reality-altering in some way. Most make solid adventure hooks for high-level parties or world-building prompts too. But in truth, I just want them to cause utter chaos, from which another story can arise. I hope you can use some them, I’m looking forward to feedback and here’s to „Shit, the wizard broke reality… again!“ Have Fun!

1. Somewhere, a powerful, possibly evil artifact is created.
2. Impossible weather devastates a nearby country.
3. A mountain disappears.
4. An improbable chain of events causes the escape of an enemy from the PC‘s past.
5. A sunken continent rises back to the surface.
6. The growth rate of all plants triples, slowly turning the world into a jungle.
7. A god dies.
8. A kingdom‘s treasury disappears and reappears in the rogue‘s pockets. They know.
9. A city starts to overlap with its double from an alternate universe.
10. An influential person disappears from history and the past changes accordingly.
11. Somewhere in the world, a city takes flight.
12. All diamonds in the world turn into coal, making resurrection almost impossible.
13. Sea levels rise by 1d10 inches, breaking dams and flooding the coasts.
14. Time stops for 1 min, which wouldn‘t be a problem, if time worked. The PCs are unaffected.
15. All over the world, planar gates open and curious creatures from both sides make contact.
16. An ancient evil escapes from a prison that held it for millenia.
17. A megavolcano erupts and causes a volcanic winter for the next 1d6 years.
18. A great empire reverts to its bronze age.
19. A great famine breaks out, as all domestic plants and animals shrink.
20. Hell freezes over. Asmodeus is not amused.

21. A large body of water doesn‘t entirely adhere to gravity anymore.
22. Dragons (all of them or just some) gain the ability to shift into the ethereal plane at will.
23. 1d10 new suns appear, plunging the world into eternal day. They can be shot down.
24. All mirrors turn into windows or doors to another plane that can be used to travel.
25. A strange euphoria takes a hold of the afterlife, slowly spilling over into the world of the living.
26. One animal species turns into self-replicating constructs and they are everywhere.
27. A comet turns toward the world and will crash into it in 1d20 days. Something inside is alive.
28. Formal greetings in all magic using lands now have to include at least one cantrip.
29. Ever shifting wild and dead magic zones start plaguing spellcasters everywhere.
30. A staple crop in a region is entirely replaced with another.
31. A new deity comes into existence or has always been there.
32. The common cold has random magical side effects now.
33. What appears to be a new celestial body at first, turns out to be part of a transplanar machine.
34. A knightly order takes control of a region, imposing new laws.
35. The undead regain a sliver of their former life. Some of them regret what they did, some don‘t.
36. Butterflies become way more common, possibly becoming a pest, possibly causing tornadoes.
37. All of the PC‘s pasts change substantially, but still lead them down a similar path.
38. Marble becomes flammable.
39. A malevolent, intelligent presence starts spilling into the air, slowly spreading.
40. Death goes into retirement.

41. Strange boxes start to appear out of nowhere. They‘re hard to open, but some contain treasure.
42. 9 times out of 10, summoning produces random objects instead of creatures.
43. A non-mammal animal species gains humanoid intelligence.
44. A gigantic hole opens in the sky, in the ocean, or on land, leading somewhere.
45. Liches all over the world misplace their phylacteries.
46. All non-magical steel turns into gold, wrecking militaries and economies everywhere.
47. A great number of people gain magical powers. Not all of them can control them.
48. The night sky rearranges and new constellations appear.
49. New superstitions crop up everywhere and it is very hard not to believe in them.
50. Wolves eat the sun.
51. An indifferent titanic creature passes through the world, leaving destruction in its wake.
52. Objects believed to be lost start reappearing everywhere.
53. Vampires can now survive on goodberry juice and many come out of hiding.
54. Saltwater rains turn farmland into barrens.
55. All halflings are overcome by wanderlust.
56. The goblin empire rises and reigns supreme. Their cultural influence is pretty gross.
57. Vegetables and other plants start screaming and whimpering when cut.
58. All doors, roads and other passageways gain guardians, many of them sphinxes.
59. Burning questions and other metaphors become literal.
60. The Blood War finally ends. The forces of good and evil prepare for battle on the material plane.

61. Stones come to life. Some start walking, others start talking about what they’ve seen.
62. Magic is just slightly off, producing harmless, but weird extra effects.
63. A githzerai monastery shifts to the material plane, pursued by slaadi.
64. People now need to ask for permission before they enter a building.
65. A major villain builds a world-ending weapon and sells it to warring nations.
66. Aasimar become more angelic, Tieflings more diabolical or demonic.
67. Buildings stop adhering to gravity and rules of architecture, impossible angles ensue.
68. A gold rush draws countless people into a formerly unpopulated region.
69. An ocean turns into a desert. People still sail it.
70. The body of a dead or dormant god crashes into the material plane.
71. All creatures gain the ability to pronounce a curse in the moment of their death.
72. History changes, so gnomes played a prominent role in it.
73. Some people‘s shadows start acting as conduits to the shadow realm.
74. Somewhere in the world, a haunted amusement park appears and terrorizes the surroundings.
75. Strange marks appear on people’s bodies, seemingly at random, and grant magical abilities.
76. Humanity becomes more monstrous.
77. It now requires great strength of will or assistance to leave roads or trails.
78. Someone invents the steam engine, kickstarting industrialization.
79. A shining stairway appears in a populated area, leading to a celestial realm.
80. A virus befalls the magic system, gradually changing how or if it works.

81. Several regions get submerged in a great flood. It’s not water.
82. Kobolds embrace their dragon heritage and start conquering the world through strategic genius.
83. Fairy tale rules pop up in everyday situations and youngest siblings become too powerful.
84. The revolution begins at a dwarven clan meeting.
85. An eternal storm appears in a region whose inhabitants are utterly unprepared.
86. Sedentary peoples become nomadic and find ways to make their cities move.
87. Sorcerers all over the world transform into the creatures they originate from.
88. Magical waste becomes a major political issue, after people learn it can last for millennia.
89. Books and libraries become interlinked and communicate, starting the Age of Librarians.
90. Under the influence of a god of revelry, everyone starts partying and can’t stop.
91. Fruit tastes like seafood now, and seafood tastes like fruit.
92. Some healing potions turn into mercury, and will either kill the imbiber or grant eternal life.
93. Elves who have left another world turn up in this one and are quite confused.
94. It turns out, a major historical battle was just a joust. Some influential people are not happy.
95. The value of gold rapidly falls and barter becomes the dominant economic system.
96. Music ceases existing. Only a handful of bards remember what it was.
97. The magic of the feywild starts bleeding over into all wilderness areas.
98. Oceans boil over for just a few moments, flooding port cities and killing sea dwellers.
99. Humanoids gain some additional joints.
100. World peace breaks out and adventurers lose their job.

Traps - the good, the bad, and the ugly 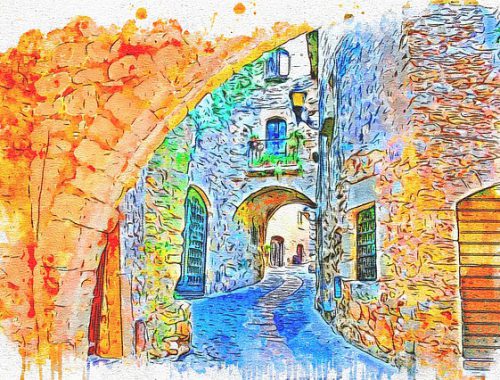